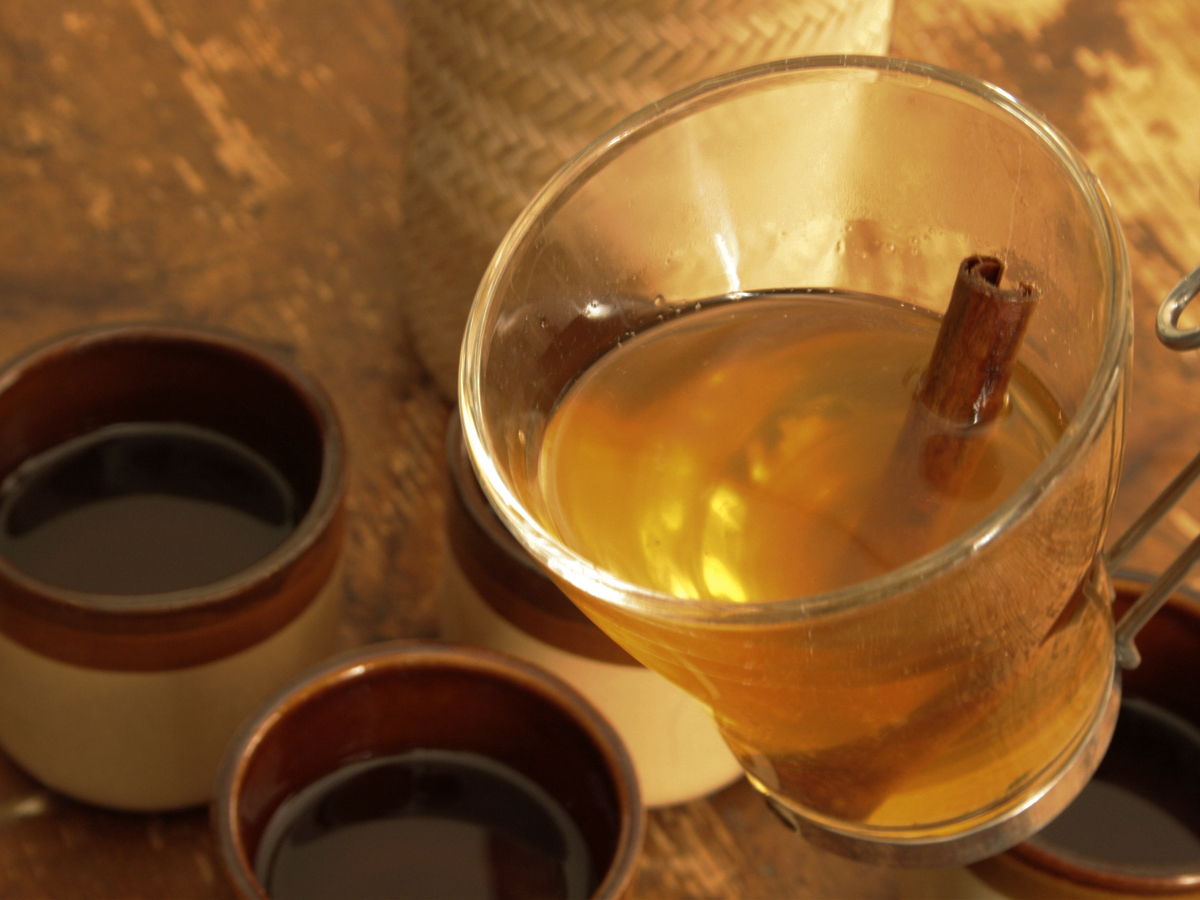 “Quentão ” is a traditional “Festas Juninas” (winter party) grog cocktail, especially in the South Region, the coldest area of Brazil. Its irresistible scents combine sweet and spicy notes and it is traditionally served hot in small earthenware, ceramic or thick glass cups, which retain heat well.
It is a very popular cocktail recipe in the rural areas, and probably made its first appearance in the hinterland of São Paulo and Minas Gerais states. In absence of formal information, one would assume that this recipe is a variation of European mulled wine and grog recipes, made with “cachaça”, the Brazilian national sugar cane spirits. In the 18th and 19th Centuries the consumption of “cachaça” has become synonymous of “Brazilianness” against Portuguese domination. After the “Modern Art Week ” of 1922 it becomes a symbol of Brazilian cultural autonomy.
The word “quentão” is derived from “quente” which means hot, plus the augmentative suffix -“ão” (literally very hot). At the beginning of the 20th Century it came to designate the “drink made by boiling sugar cane spirits with sugar, ginger and cinnamon” (Alice Pereira Santos).

Variant: add an orange peel or an sliced orange.