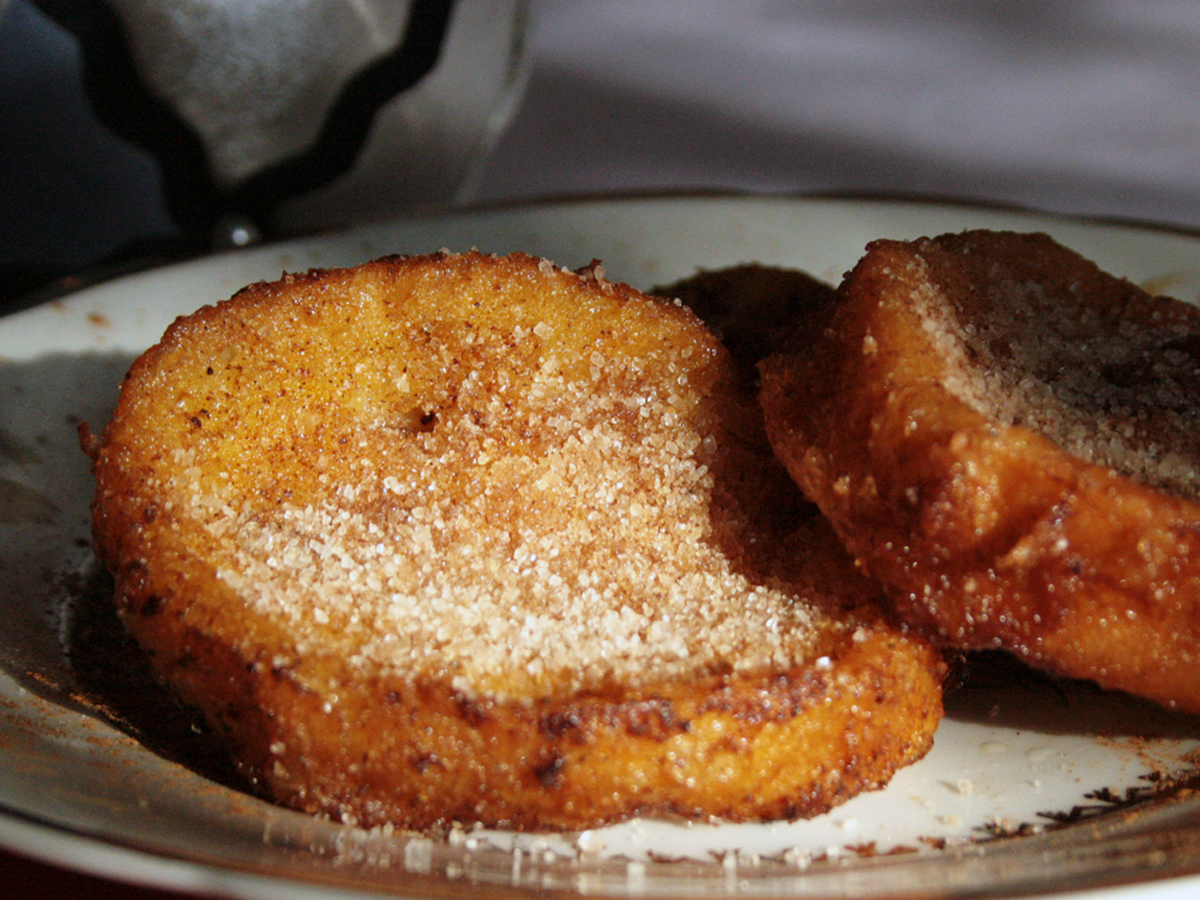 “Rabananda” is a typical sweet of “Festa da Consoada”, a traditional Portuguese Christmas Eve dinner, but there are also similar recipes in Spain, France, England, United States, India, Morocco, Indonesia.
This recipe is a sweet way to reuse stale bread, known in the north of Portugal as “fatia dourada” (golden slice) or “fatia-de-parida” (parturient slice) for its nutritional value. (Source information: “O Estado de São Paulo”, accessed 19 Dic 2011)
Nowadays in Portugal it is served as a dessert or a snack all year round.
In Brazil it has become a traditional Christmas Eve dessert dish, a symbol of prosperity and abundance.

Preparation method
1. Cut the bread into slices just over 1 cm thick.
2. Dissolve the sugar in the milk.
3. Beat the egg with a fork until the yolk and white are combined.
4. Soak, a few at a time, the slices of bread in sweetened milk, checking if crust is tender without breaking the bread. Squeeze out the excess milk with your hands or let it rest for a few minutes on a large sieve. The oil will splash if you don’t squeeze out the excess milk.
5. Dip the soaked slices of bread in beaten eggs and fry, only a few at a time, in abundant hot oil. To check the temperature put a toothpick into the oil, if it forms small bubbles its hot enough. Scoop out the bits that are left in the oil.
6. Place the slices on paper towels to drain excess oil.
7. Sprinkle with sugar and cinnamon while still hot.
8. Store at room temperature in a closed container or sealed with plastic film in order to keep it from drying out.