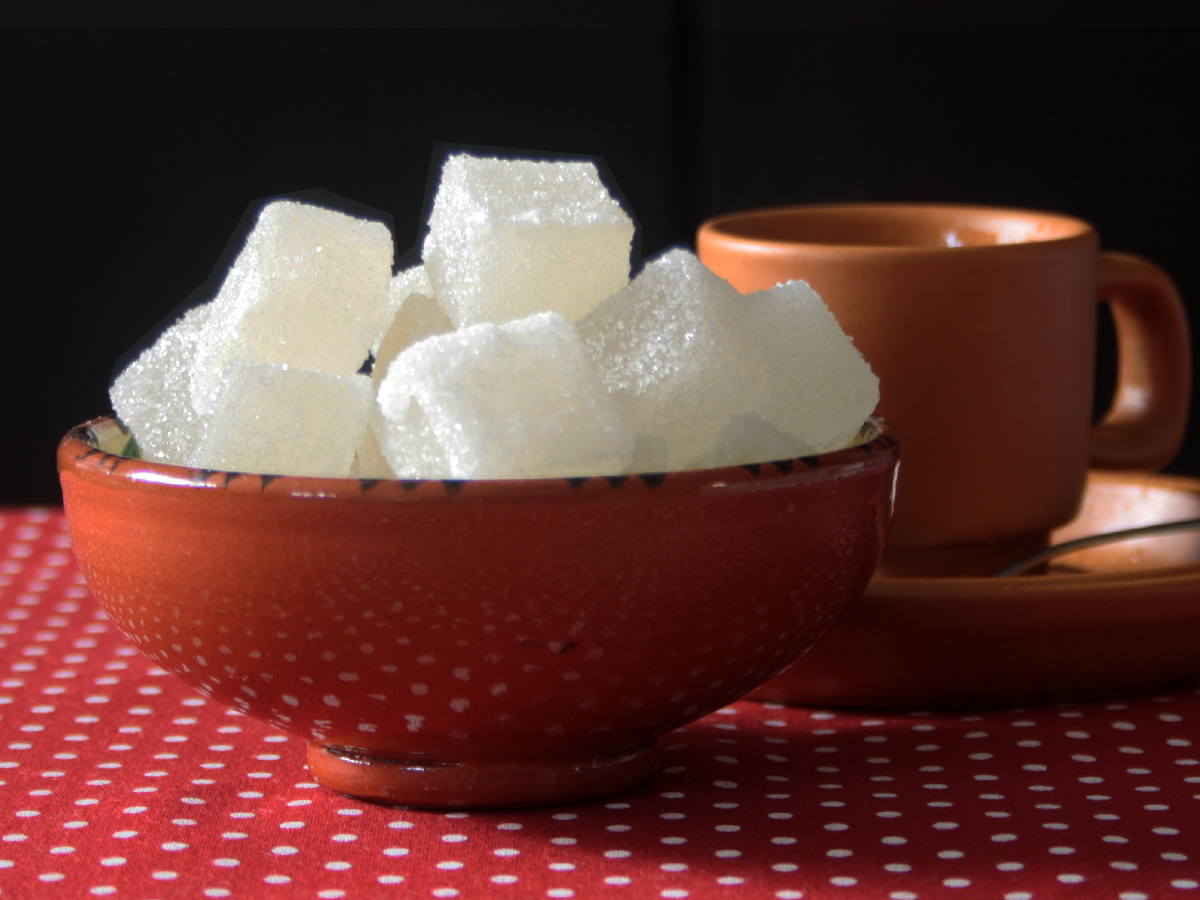 Cachaça gumdrops are jelly candies with a slight hint of cachaça, covered with a thin layer of sugar. It is an unusual candy for dessert, loved by everyone who ate it. It’s also a great snack choice to sweeten your palate at all hours. Usually it is made from red gelatin, but I prefer to use the colourless to maintain the “cachaças” white colour, affectionately known as “branquinha” (white). You must use higher quality cachaça, preferably aged.
Although the alcohol evaporates during cooking, I don’t give kids these gumdrops.

Variants:
• Add a red food dye (the traditional colour of these gumdrops).
• Add a flavour: pineapple, anise, vanilla, lemon, etc.
• Dissolve sugar, hydrated leaf, water and “cachaça” over a gentle heat, without boiling. It will be very soft and the cachaça flavour becomes more intense.