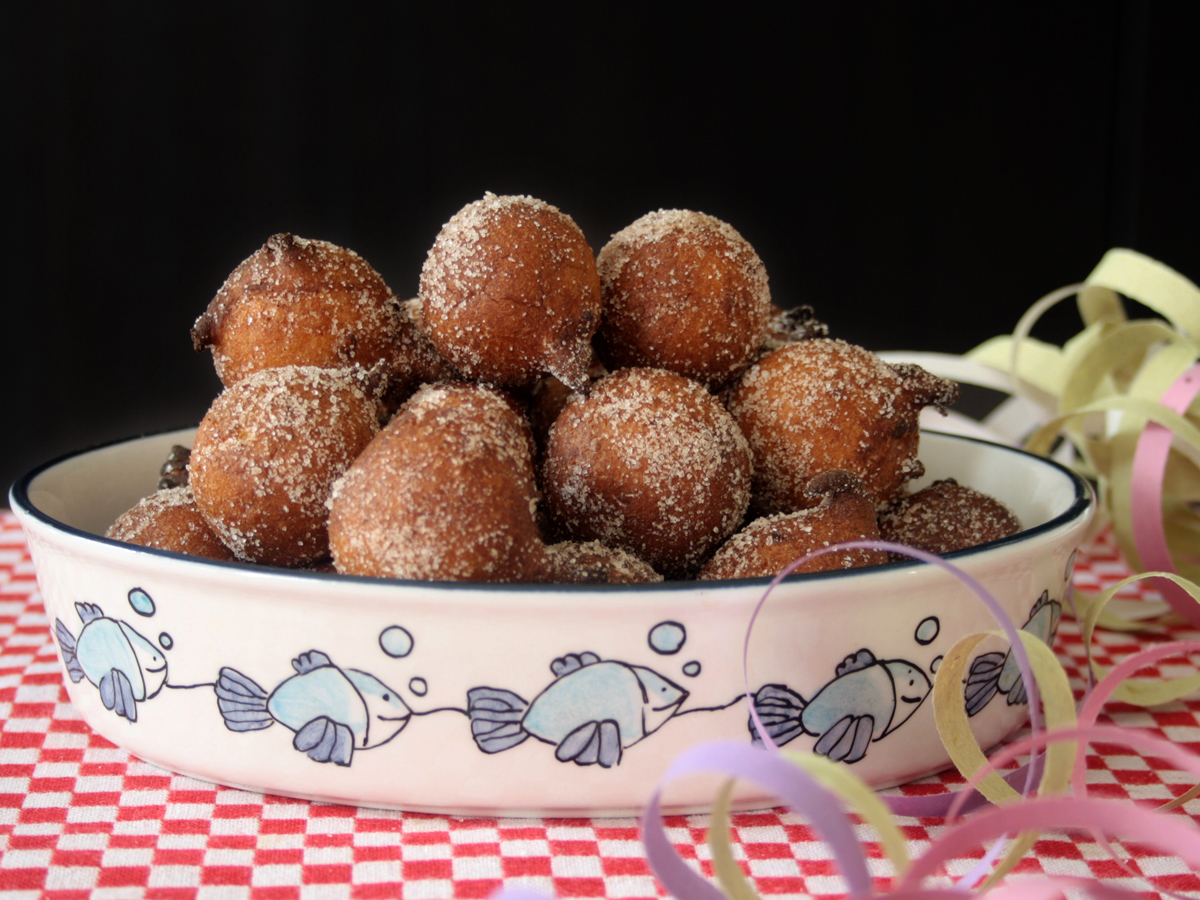 The “bolinho de chuva” (rain pancake) is a traditional homemade sweet, easy and cheap, made with ingredients that everyone has on hand in your kitchen: all purpose flour, sugar, eggs and milk. Probably the recipe as we know it today took shape only during the second half of the 19th century, when wheat flour becomes an ingredient more accessibile in Brazil; before that period the desserts were made with cassava, eddoe and yam. The Portuguese brought the recipe to Brazil, and it is probably a version of Portuguese “filhoses” (a fried sweet traditionally eaten during Carnival and Christmas), or of doughnut without a hole, known as “bolas de Berlim” (balls of Berlin) in Portugal or as “sonhos” (dreams) in Brazil. You can find similar recipes almost everywhere in Europe, traditionally eaten during Carnival.
“Rain pancakes” made children happy when the weather’s bad and kids can’t go outside and play. These pancakes became popular in Brazil on children’s television series “Sítio do Picapau Amarelo”, based on Monteiro Lobato books. One of the main characters from the serie is aunt Nastácia, wonderful cook, that always made with love these pancakes for the children of the farm – Pedrinho and Narizinho – and for Emília, the cloth doll.

Variant: add a teaspoon of grated Parmesan cheese to the batter.