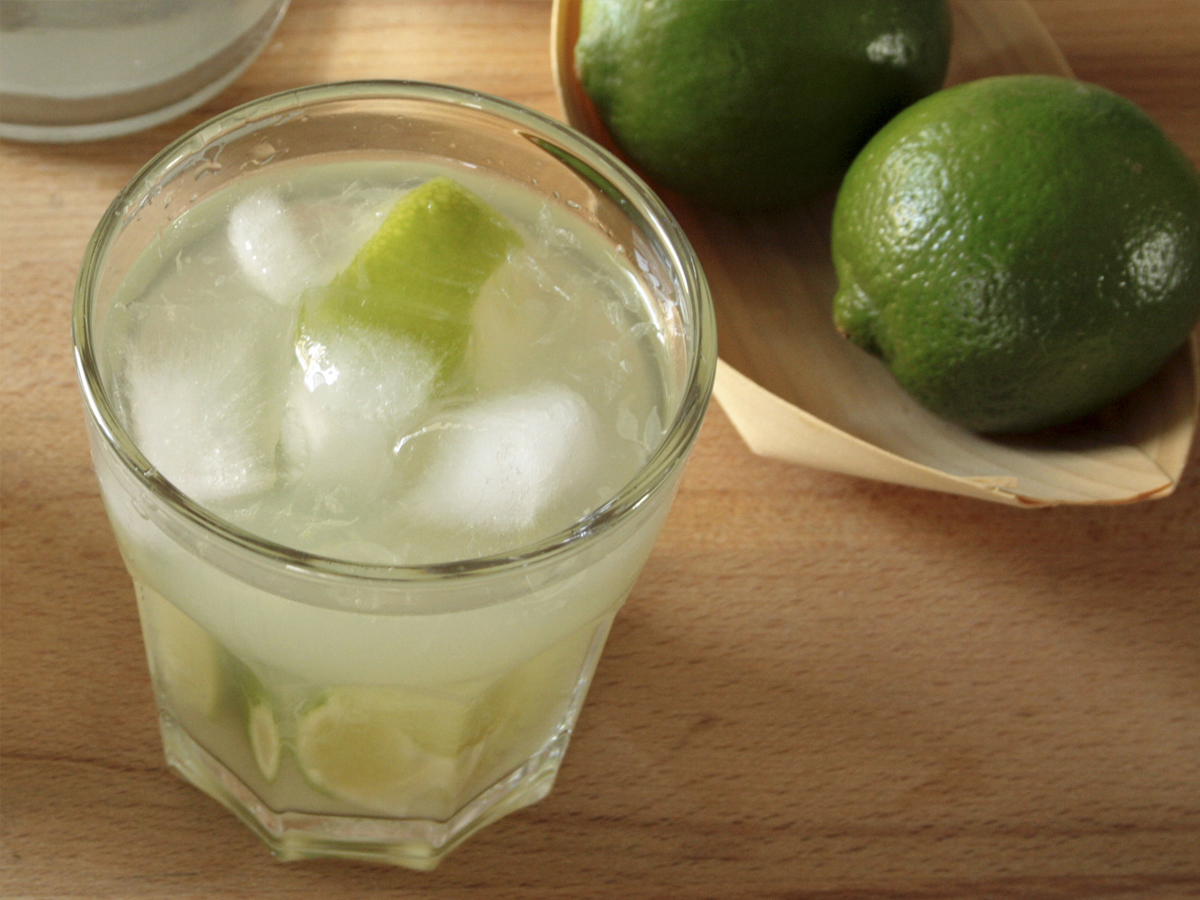 “Caipirinha” is the diminuitive of “caipira”, a word which refers to the dwellers of the countryside in southern Brazil. The true origin of this drink is not known, but nowadays “Caipirinha” is certainly famous worldwide and needs no presentation.
The “caipirinha” was officially recognized by the Brazilian State in 1997 (Decreto N°. 2.314). The law now in force (Decreto n º 6.871/2009) recognizes “caipirinha” as a typical Brazilian drink and says: “A drink … which has an alcohol content between 15 and 35 percent, … made with “cachaça”, lime and sugar, can be called “caipirinha” … “.
“Caipiroska” is a caipirinha made with vodka instead of pinga/cachaça.