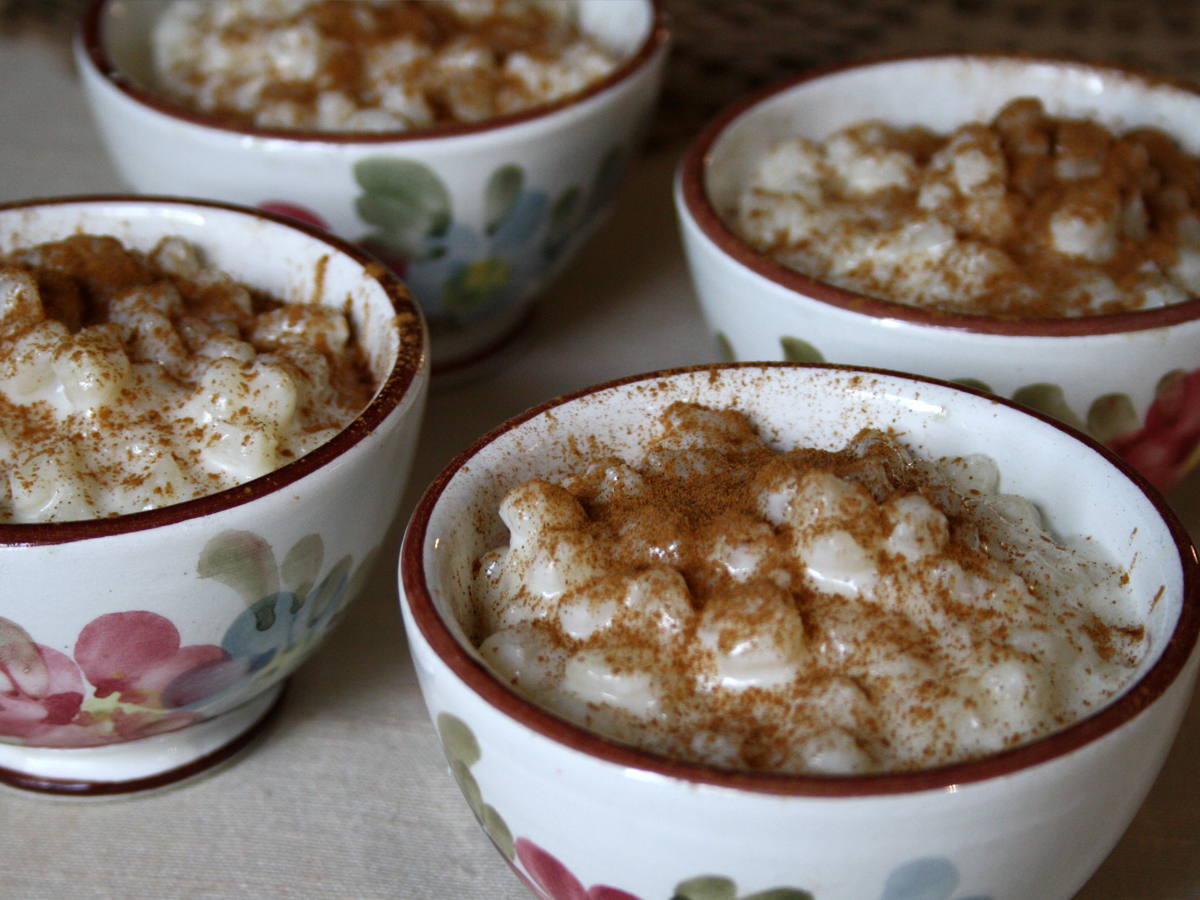 There is some controversy over the origin of “canjica” – whether it is an African or a native American preparation – but it has certainly become a traditional Brazilian sweet. It can be served as a dessert or a snack all year round, and it is a traditional “festas juninas” (June festivities which coincide with the corn harvest) dish, celebrating St. Anthony’s, St. Peter’s and St. John’s Day.
It is a cheap, healthy and very easy to make recipe, although the cooking time is long. This recipe has been enriched with grated coconut, but you can also add coconut milk (to replace an equal volume of milk), sweetened condensed milk (instead of sugar and half normal milk) and a handful of roasted peanuts. It’s delicious eaten still warm right through the winter!!