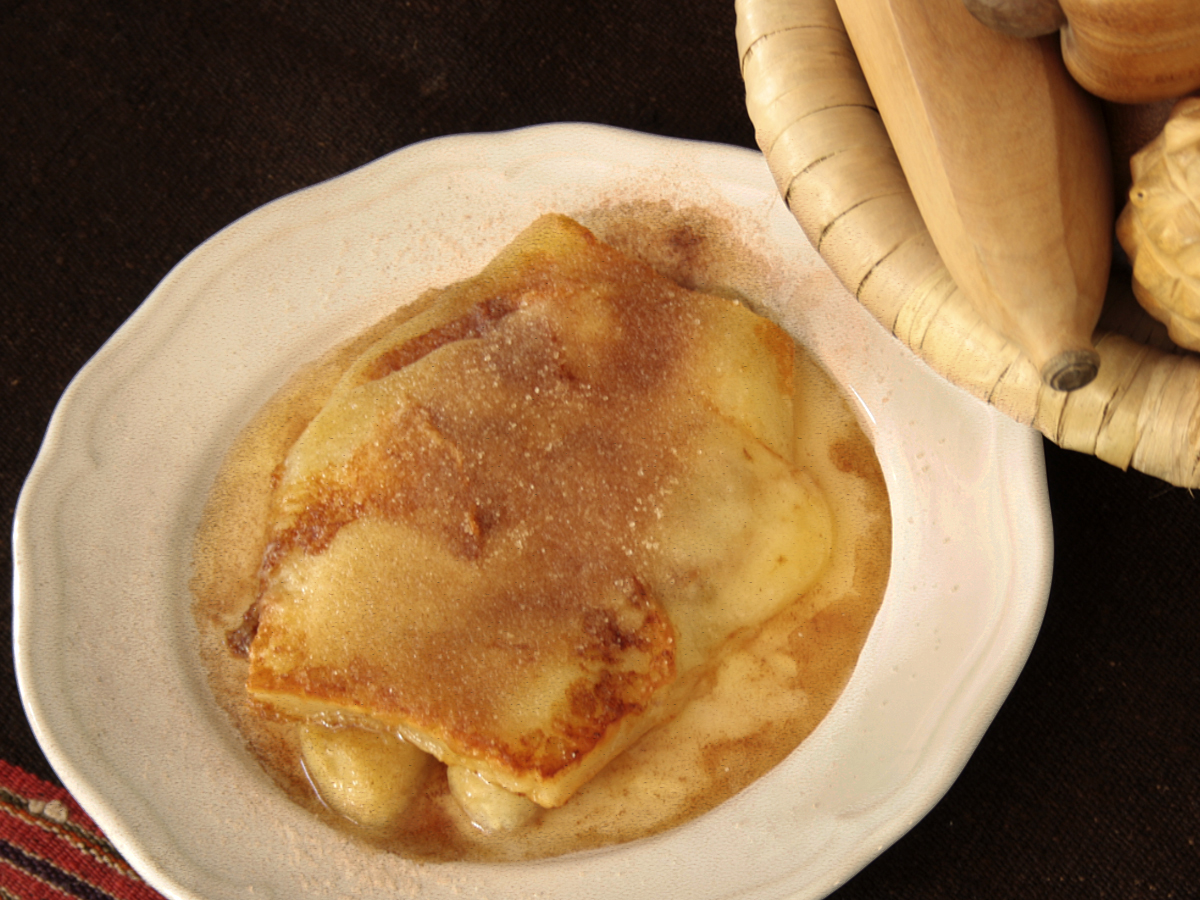 The “Cartola Pernambuca” (“cartola” means top hat) is a traditional dessert of the state of Pernambuco. “Cartola” hold the title of “Intangible Cultural Heritage of Pernambuco State” (Law n° 13.751 of April 2009).
The “Cartola” is made with banana and regional products such as the “requeijão do norte” and “manteiga de garrafa” (clarified butter). It is believed that the recipe was created during the colonial period in the “great house” farms. It is the result of the coexistence of the three major cultures that have shaped the Northeast cuisine: indigenous, African and Portuguese. In addition, it is very likely that the dark colour of cinnamon sprinkled to finish the recipe have served as the inspiration for the name “Cartola”.