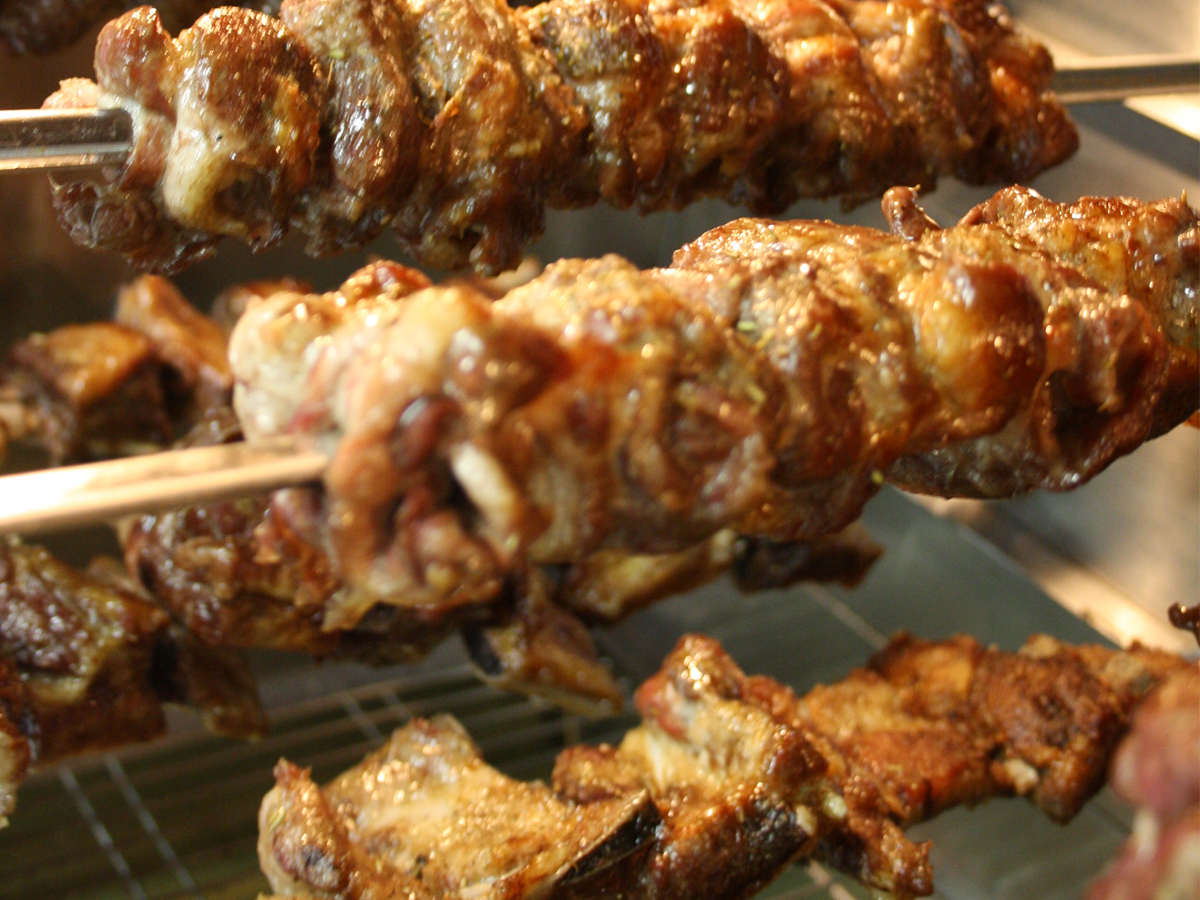 “Churrasco” is a traditional South American barbecue. Its origins date back to the seventeenth century near the quadruple border between Brazil, Argentina, Uruguay and Paraguay. From the vast, flat pasture fields occupied by cattle herds, it is said, comes the best beef in the world!
It’s such a long time since the “gaúchos”’s (South American cowboys) first roasted beef over a fire, and now “churrasco” is a refined dish served in the best restaurants. To accompany the meat there is usually a self service buffet with all kinds of salads and side dishes: “molho vinagrete” (vinaigrette sauce), “farofa”, “arroz à grega” (greek style rice), “salpicão” (party chicken salad), Olivier salad, fried potatoes,”banana à milanesa” (fried banana in breadcrumbs), grilled pineapple, salty pies, soufflés…. For dessert: pudding, mousse, fruit salad, ice cream, cakes and pastries. It may be accompanied by red wine or beer.