Esfiha (Flatbread with Meat or Cheese) 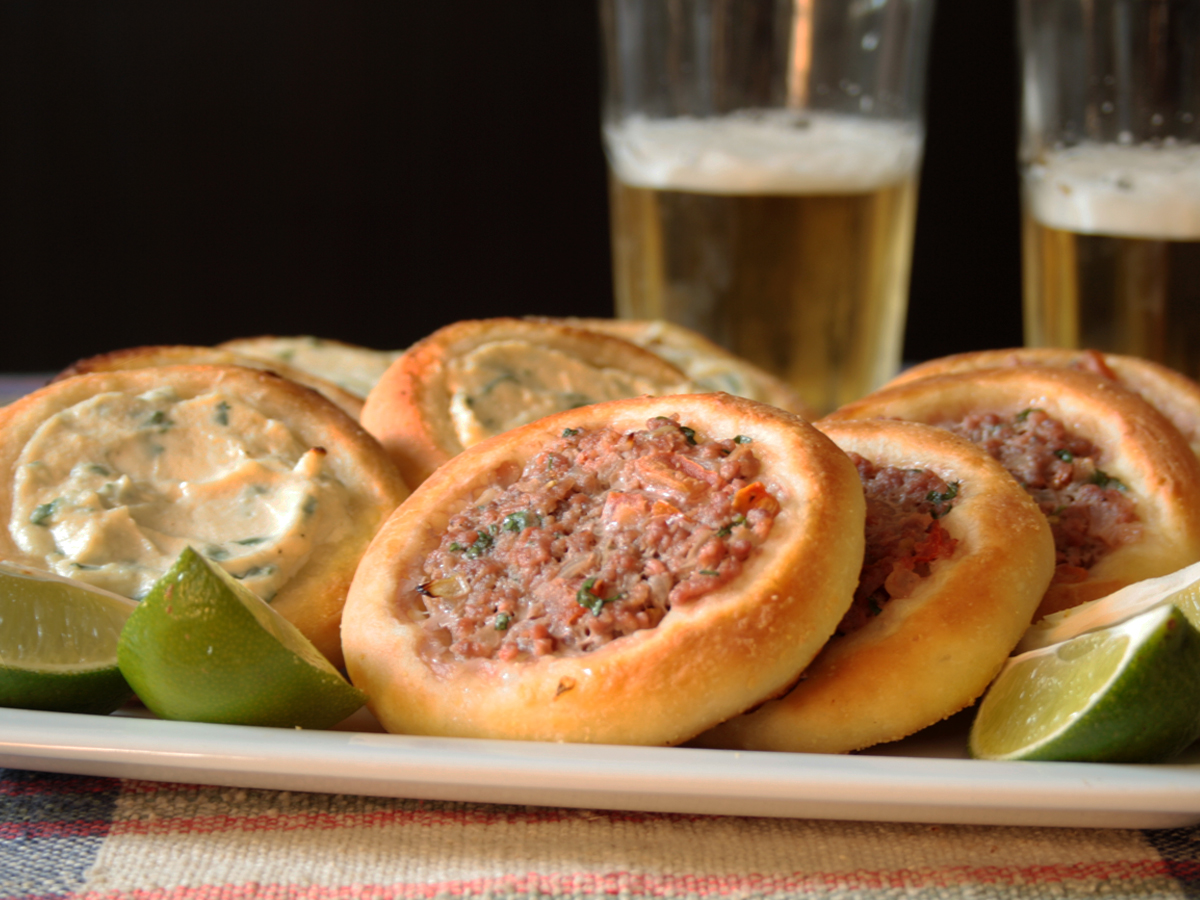 “Esfiha” is a very popular dish in Lebanon, in Syria, and in almost every country in the Middle East. “Esfiha” was brought by Arab immigrants Brazil in the late 19th century, and it has become an integral part of Brazilian cuisine. The authorship of this recipe is claimed by Lebanon, but the history of the “esfiha” dates back to the origins of bread, when someone started to cover bread by layers of meat and onion.

“Esfiha fechada” (closed) is a very popular variation of this recipe, probably created when the “esfiha” had already arrived in the Western World.
“Esfiha” is a finger food, but can be served as a main dish, accompanied by salad and vegetables.

For the meat stuffing (10 “esfihas”):
• 200 g ground beef
• 75 g chopped onions
• 100 g chopped tomatoes
• half a level tablespoon of salt, to taste
• ground pepper
• juice of half a lime, about 20 ml
• if you want you can add chopped parsley and chopped green onions or chopped mint

How to make dough:
Mix all ingredients together. If you use fresh brewer’s yeast mix yeast, sugar and warm milk, and let rise for 15 – 30 minutes before adding oil, salt and flour. Turn dough onto floured work surface, knead by hand and let rise again covered and protected, such as inside the oven turned off. While the dough is rising make the stuffings.

How to make meat stuffing:
Mix together all the ingredients and let them rest in a colander in the fridge. When the dough has risen enough keep the stuffing out of the fridge and eliminate the liquid. To dampen the flavour of the onions I like to sauté onions with a little oil before adding them to the stuffing.

How to make cheese stuffing:
Mix together all the ingredients and adjust seasonings to taste.

Note: baked “esfihas” can be frozen and reheated in the oven just before serving.