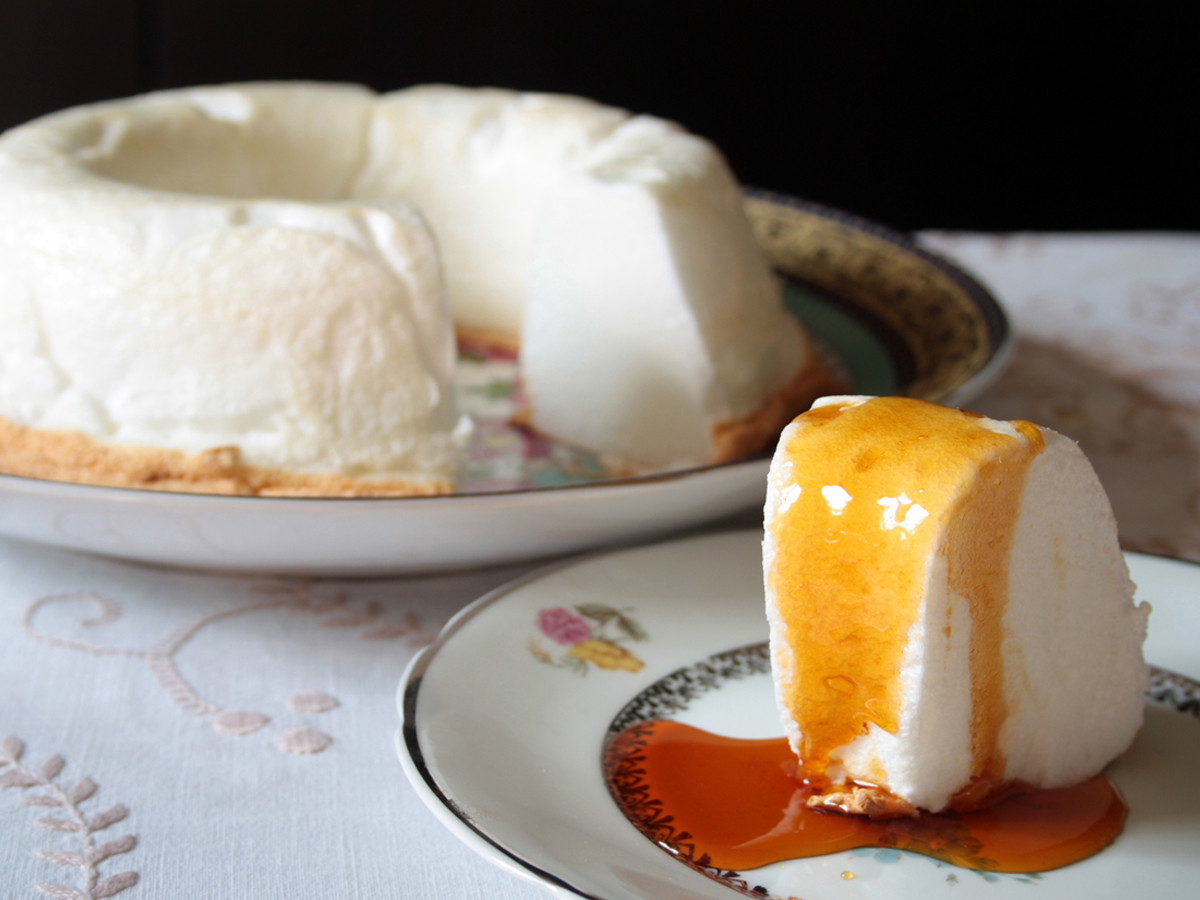 
The “egg white pudding”, also known as “Molotov” Pudding, is a great dessert of Portuguese origin, very soft and light. There is some confusion regarding the origin of the recipe, but probably it was a good way to use up leftover egg whites from other recipes that called only for egg yolk, such as “ovos moles”, “fios de ovos”, “baba-de-moça”, “pastéis”, “toucinho do céu” (Portuguese Conventual Pastry). It seems that it was already known and appreciated in the middle of the 19th century and that it has been called “Malakoff” to pay tribute to the victory in the homonym battle in 1855 against Russia of Tsar Nicholas I. Then, during the Second World War, probably due to the similarity of the names, it became known as “Molotov” Pudding, pseudonym of a prominent Russian politician.

For the caramelized sugar: