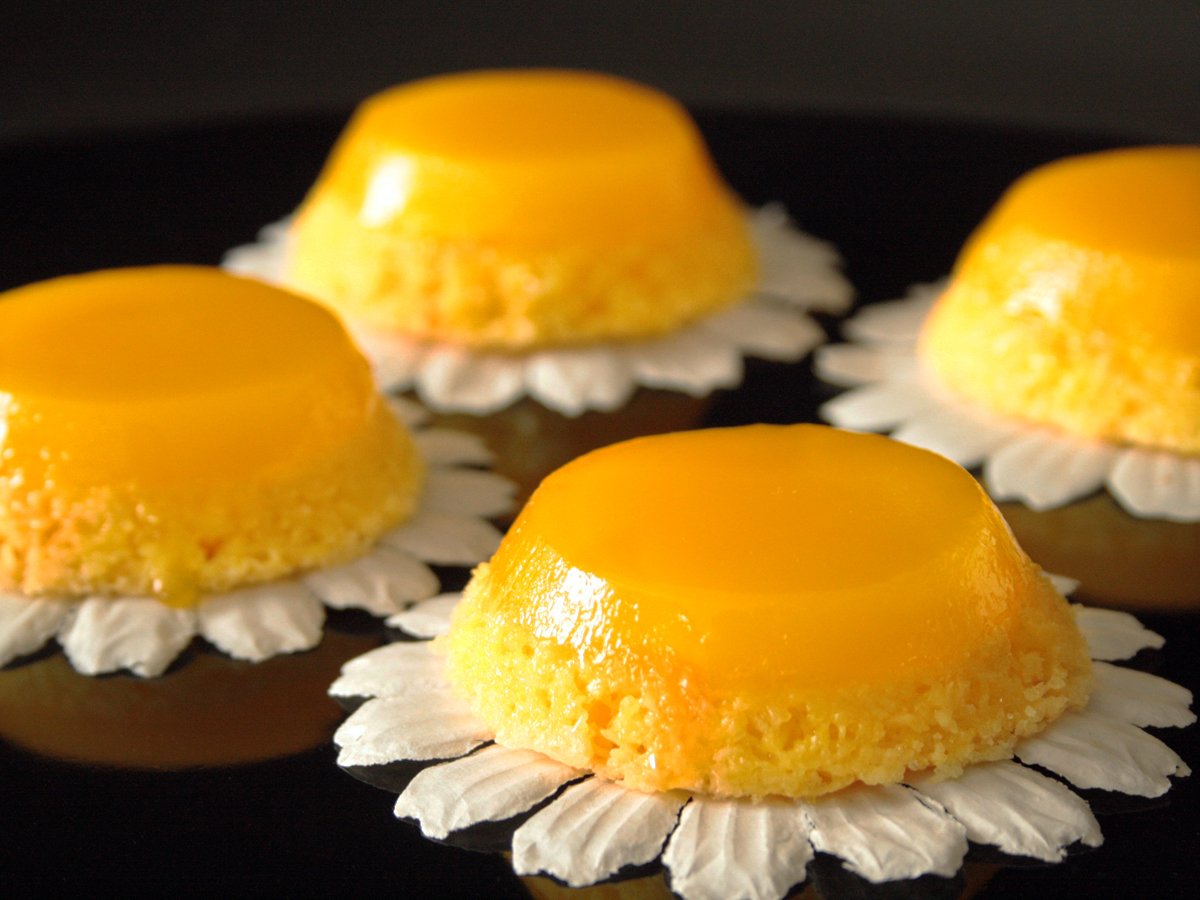 Quindim is an African word but the Brazilian “quindim” is a reinterpretation of the Portuguese monastic confectionery tradition made with egg yolks and coconut instead of almonds. Very special and tasty “Quindim” has been immortalized in the song “Os quindins de Iaiá” (1940), chosen as the soundtrack to “The Three Caballeros” (Walt Disney) with “Na Baixa do Sapateiro”, both by the famous Brazilian composer Ary Barroso, and sung by Aurora Miranda, sister of Carmen Miranda. “Iaiá” was a courtesy title for white girls in Brazil during the years of African slavery, now virtually obsolete.

Preparation method
1. Mix egg yolks, egg white, sugar and coconut, until a uniform mixture.
2. Grease the small molds with a little butter.
3. Stir the mixture again and fill the small molds almost to the top.
4. Place the small molds in a baking pan, place the baking pan in the oven and carefully pour boiling water into the baking pan to come halfway up sides of small molds. Bake in bain-marie in a preheated oven to 220° C for about 30 minutes.
5. When the surface turns lightly browned insert a small knife into the center of the mixture, if there is no more liquid it is ready.
6. Remove the small molds from the bain-marie. Hold one mold at a time in one hand using the oven mitt and unmold the “quindim” by running a small knife around the top edge of the mold while still hot. (The “quindão”, a big “quindim” baked in a ring mold, must be left to cool for a bit before unmolding).
7. It can be stored at room temperature for 3 – 4 days or in the fridge for a week.

Note: Freeze the unused egg white in ice cube trays. After the egg whites freeze, store them in a resealable bag in the freezer. After thawing they are just as good as fresh for meringue, mousse, egg whites pudding, bread…