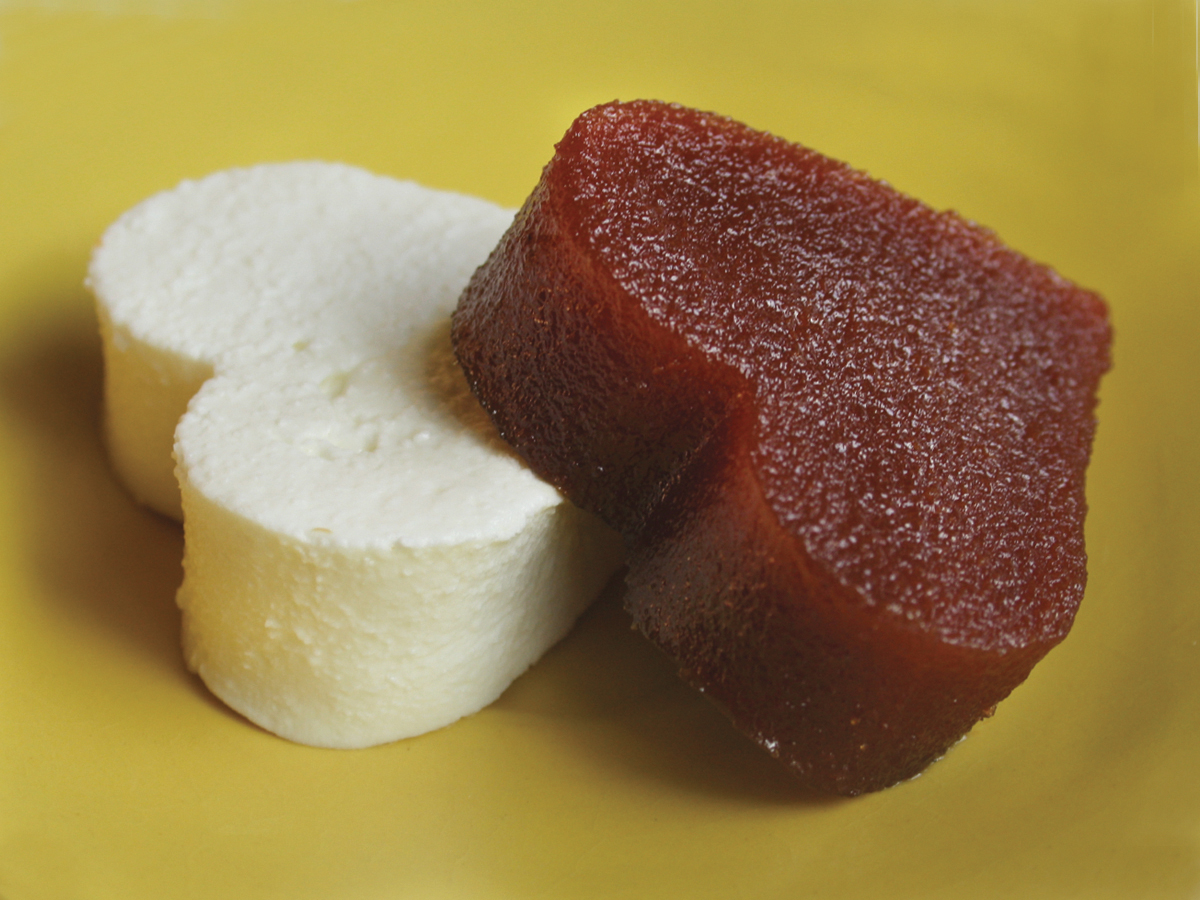 The dessert is a happy end for a meal and may be also a very simple and quick preparation. Gilberto Freire called Romeu e Juilieta “Brazil’s true flavor”.
This dessert is called “Romeu e Julieta” since the 1960s because of an advertising campaign for “Goiabada (Guava paste) Cica”. The designer of the ad, Maurício de Sousa, linked the cheese to Romeo and the “guava paste” (goiabada) to Juliet.

Preparation method
Serve a slice of guava paste (goiabada) together with a slice of fresh cheese or a tablespoon of cream cheese.