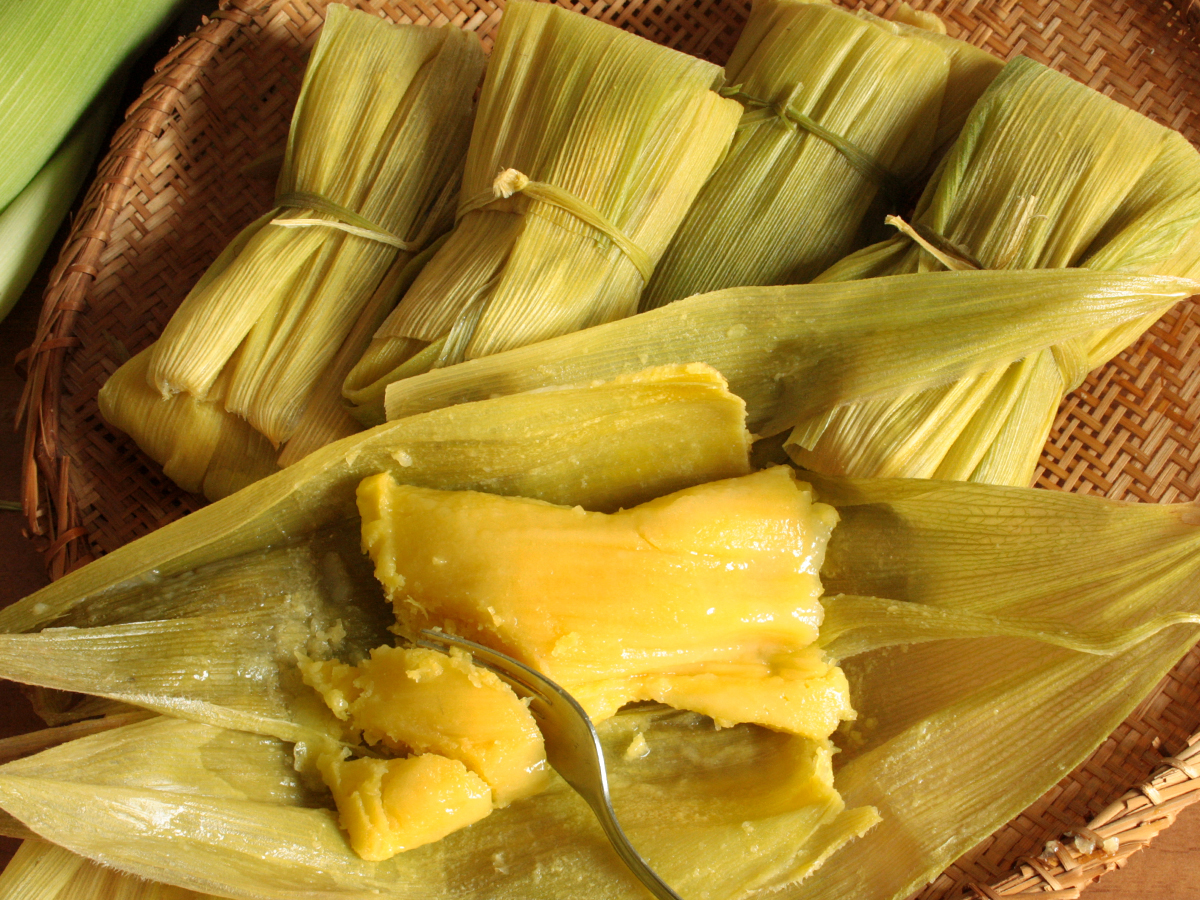 The “pamonha” is a very healthy recipe made with grated sweet corn wrapped in corn husk – a heritage of the Brazilian native people, evolved with the Portuguese and African contribution. The word “pamonha” derives from the “Tupi” dialect word “pamunha”. “Tupi” is the native language spoken by the tribes on the Brazilian coast before the colonizers arrival.
Nowadays it is a spread recipe all over the country, especially in the northeast region, Minas Gerais and São Paulo. It is a typical dish of Goiás, and it is one of our traditional “festas juninas” dishes, celebrating St. Anthony’s, St. Peter’s and St. John’s Day. The majority of this production, such is the case with typical products, is still a handmade production.
Traditionally “pamonha” is served with a black coffee cup, but it can be served at any time – hot, warm or cold – or during the meal.
In rural areas there is an old tradition – unfortunately almost disappeared – known as “pamonhada”. It is a family corn harvest to make “pamonha”, with good music. (Source: “Do milho to pamonha” Potira Morena de Souza Benko Uru, 2007)
A variation of “pamonha” is the “curau”, a sweet corn pudding.