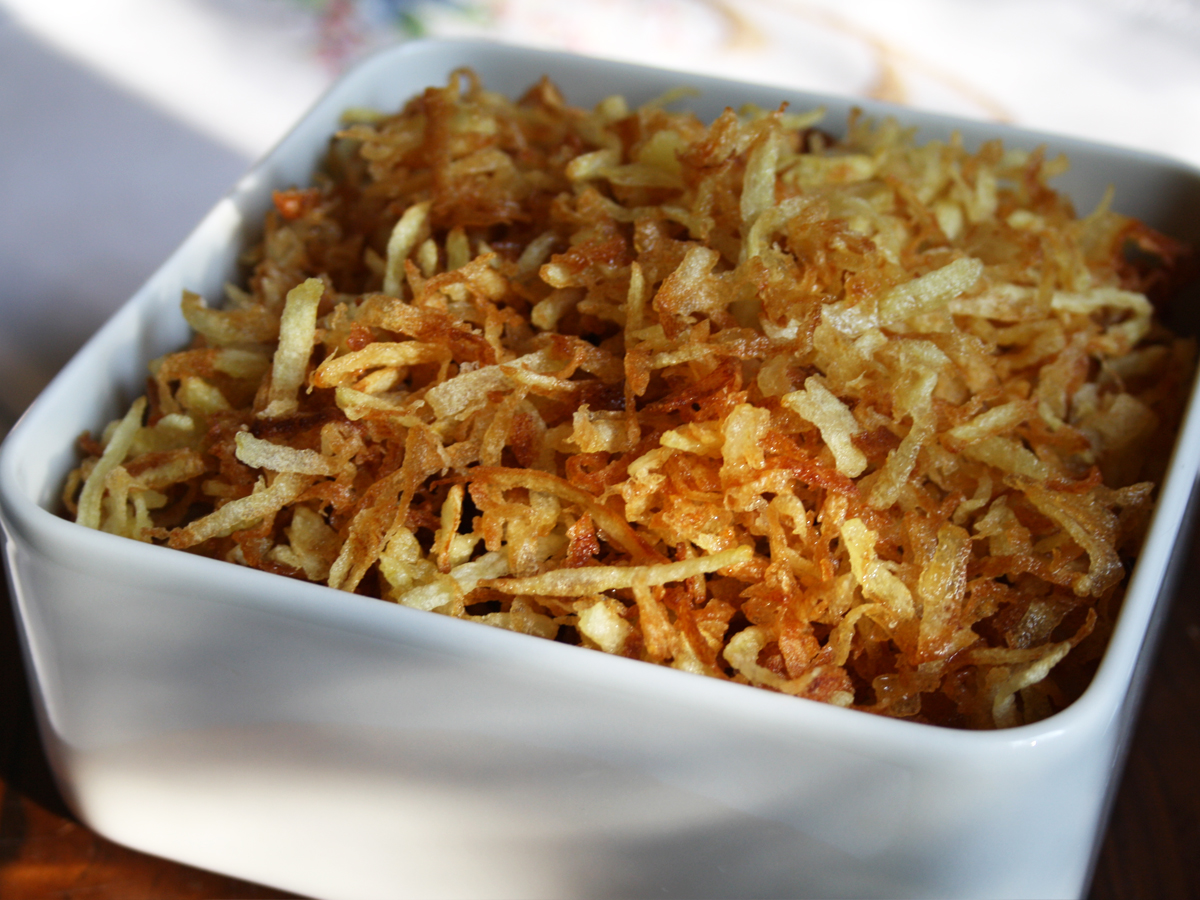 “Batata palha” is fried grated raw potatoes, dry and crisp, served as an accompaniment dish for “stroganoff” and other stew recipes. It takes some time and patience but it tastes so much better than the store bought potato crisps!