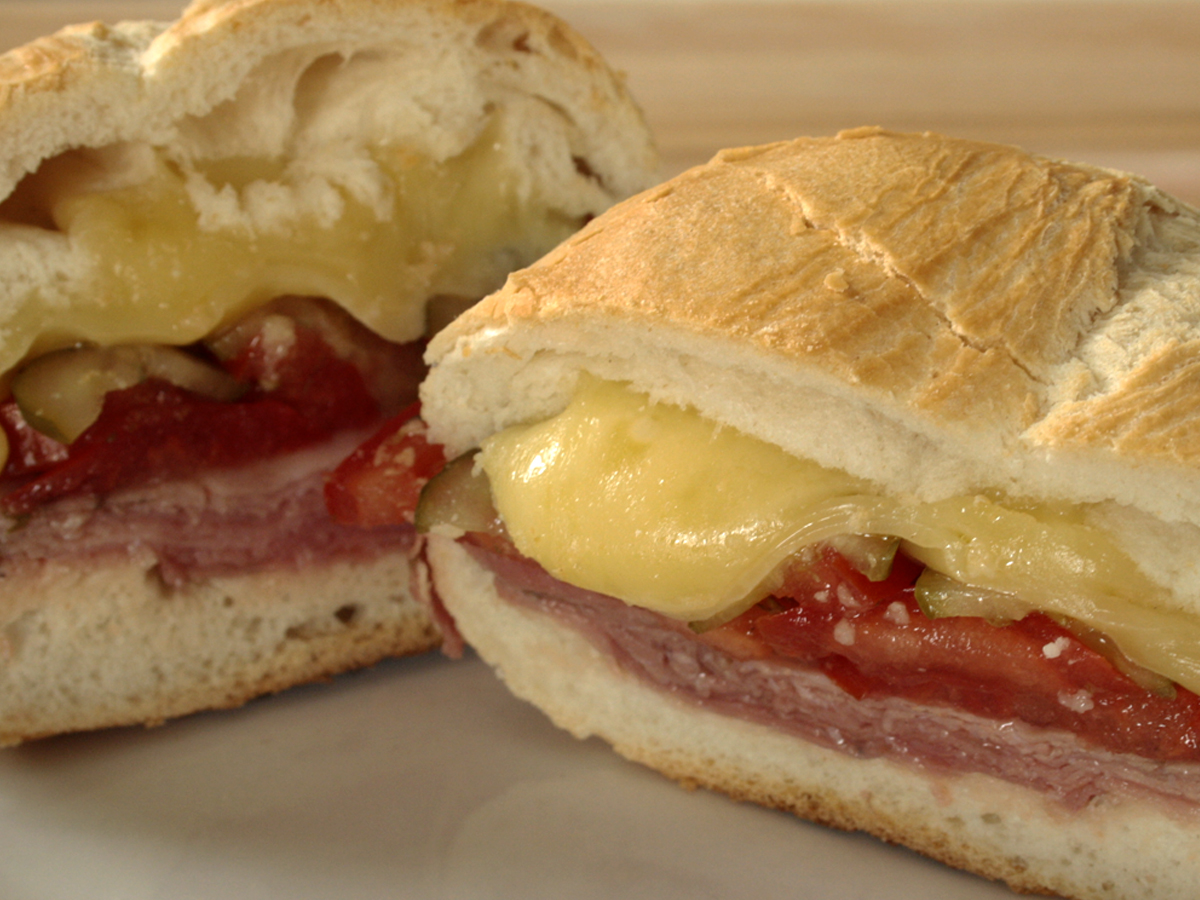 The best-known version of “Bauru” sandwich – widely spread in Brazil – is prepared with ham, cheese and sliced tomatoes assembled on toasted bread slices.
The original “Bauru”, however, is much more “sophisticated” than this one. It was “invented” one night in 1934 (?) by Casimiro Pinto Neto, that dictated a “nutritionally balanced recipe” to “Mr. Carlos”, the chef of the restaurant “Ponto Chic”. Casimiro, a law student at the “Largo São Francisco” University, was nicknamed “Bauru”, the name of his hometown in the Midwestern region of the state of São Paulo. His friends began to call the new recipe “Bauru’s sandwich”, which later became known as “Bauru”.
The “Ponto Chic” was opened in 1922 by Odilio Cecchini located on “Largo Paissandu” in São Paulo city center, and there was no signboard in the front of the restaurant. 1922 was an year of great artistic and social ferment promoted by the “Modern Art Week”. The restaurant has been immediately so successful frequented by the city’s intellectual elite. It was carefully furnished and was known as the “chic place”, officially changed to “Ponto Chic”. In 1957 Casimiro also dictated the recipe to Francisco José Júnior (Zé do Skinão), “Bar Skinão” owner, in his hometown. The “Ponto Chic” has become extremely popular and followed the march of the city development but, unfortunately, has closed its doors in 1974, accompanying the gradual central-city decline in the 1970s. In 1978 “Ponto Chic” has reopened by the current owners.
The “Traditional Bauru Sandwich Certification Projects”, sponsored by COMTUR (Bauru Tourism Councils), is a program of certification and quality control that protects the use of the name “Bauru sandwich”. It is also in progress at the Institute of National Historical and Artistic Heritage – ” Iphan ” – an application for registration of the “Bauru” as intangible cultural heritage.
Information source: Ponto Chic