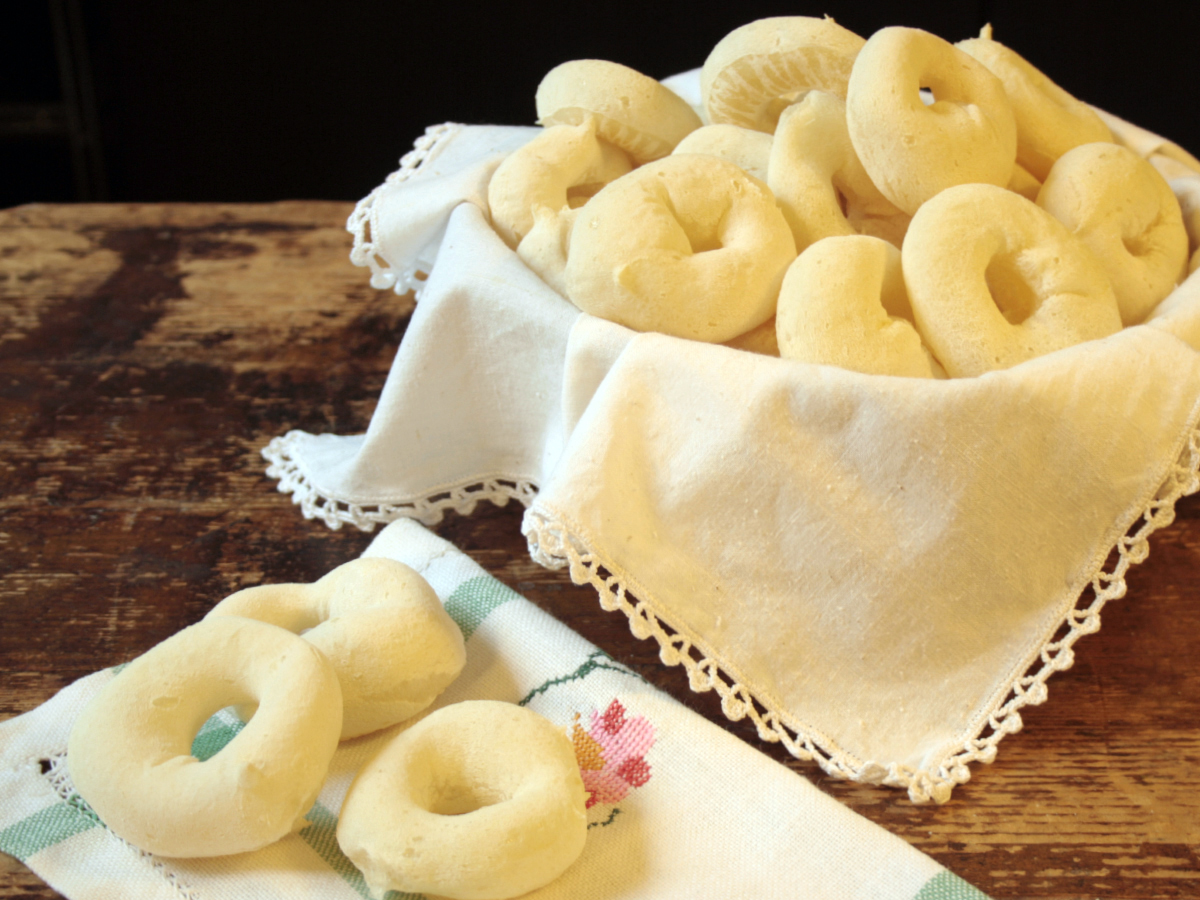 “Biscoito de polvilho” is a dry, crisp, very airy and light cookie. The word “polvilho” (the main ingredient of this recipe) comes from the Latin “pulvis” and from the Spanish “polvillo”, meaning “fine powder”.
The exact origin of the recipe is unknown, but in the 18th century it was already prepared in the large farms in the hinterlands of the state of Minas Gerais. Today it is considered as a dish of the “caipira” (“country”) kitchen in the states of Minas Gerais and São Paulo, and it is very popular in the South and Southeast regions of Brazil.
In Rio de Janeiro “biscoito de polvilho” is synonym of “Biscoito Globo“, a trademark with a daily production of 150,000 cookies, sold by hawkers on the beaches of Rio de Janeiro. This cookies factory was founded in 1953 in São Paulo by the Ponce brothers. In 1955, when the International Eucharistic Congress was held in Rio de Janeiro, the Ponce brothers started selling their cookies in Rio through the “Globo” bakery, in the neighbourhood of Botafogo. The cookies name was taken from this bakery. Thanks to the successful selling the cookies factory has moved to Rio de Janeiro.
The Rio beach hawkers (tea, lemonade and manioc starch cookies) hold the title of “Cultural Patrimony of Rio de Janeiro” granted by the Municipality of Rio de Janeiro in 2012.