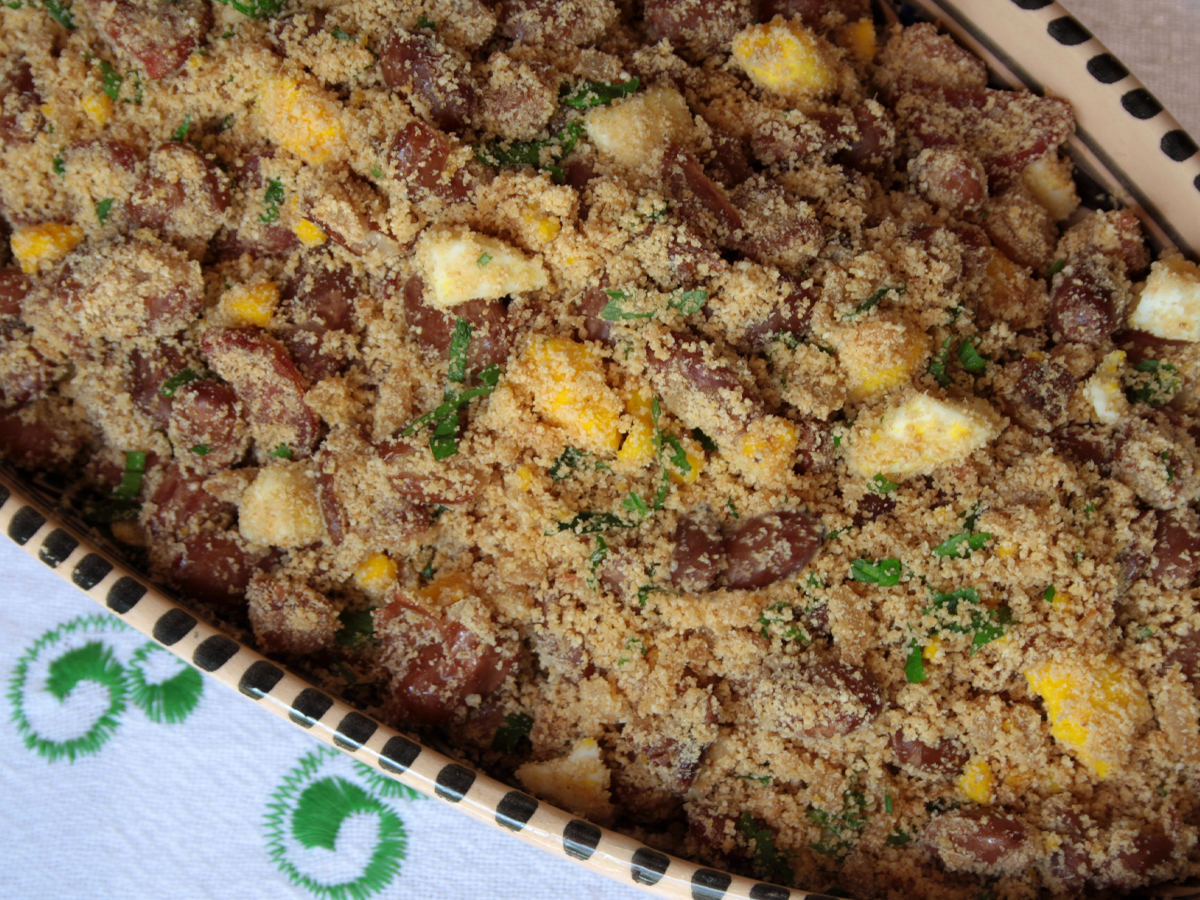 “Feijão-tropeiro” is the icon of “tropeiro” (muleteer or caravan conductor) kitchen, a figure appeared in the late 17th century and early 18th century. Muleteers transported goods for supply to the central regions of the country. The trips were very long, along really precarious and dangerous trails. The muleteers carried also dry food non-perishable to make their own meals during the trip. Beans (often grown in cultivated fields along roadsides), cassava flour or corn flour, jerked meat and pork scratchings were the main ingredients and, with them, was “created” this dish.

The recipe has been handed down from generation to generation. It has become one of the traditional dishes of the states of Minas Gerais, São Paulo and Mato Grosso, spread all over the country. Its traditional side dishes are white rice and braised cabbage. There are many versions of this recipe that use all types of beans, adding fresh pork into cubes, adding cabbage, adding scrambled eggs instead of hard-boiled eggs and, in some states such as São Paulo, using corn flour instead of manioc flour.

Note: You can garnish the dish with pork scratchings and sliced hard-boiled eggs, instead of folding them into the mixture.