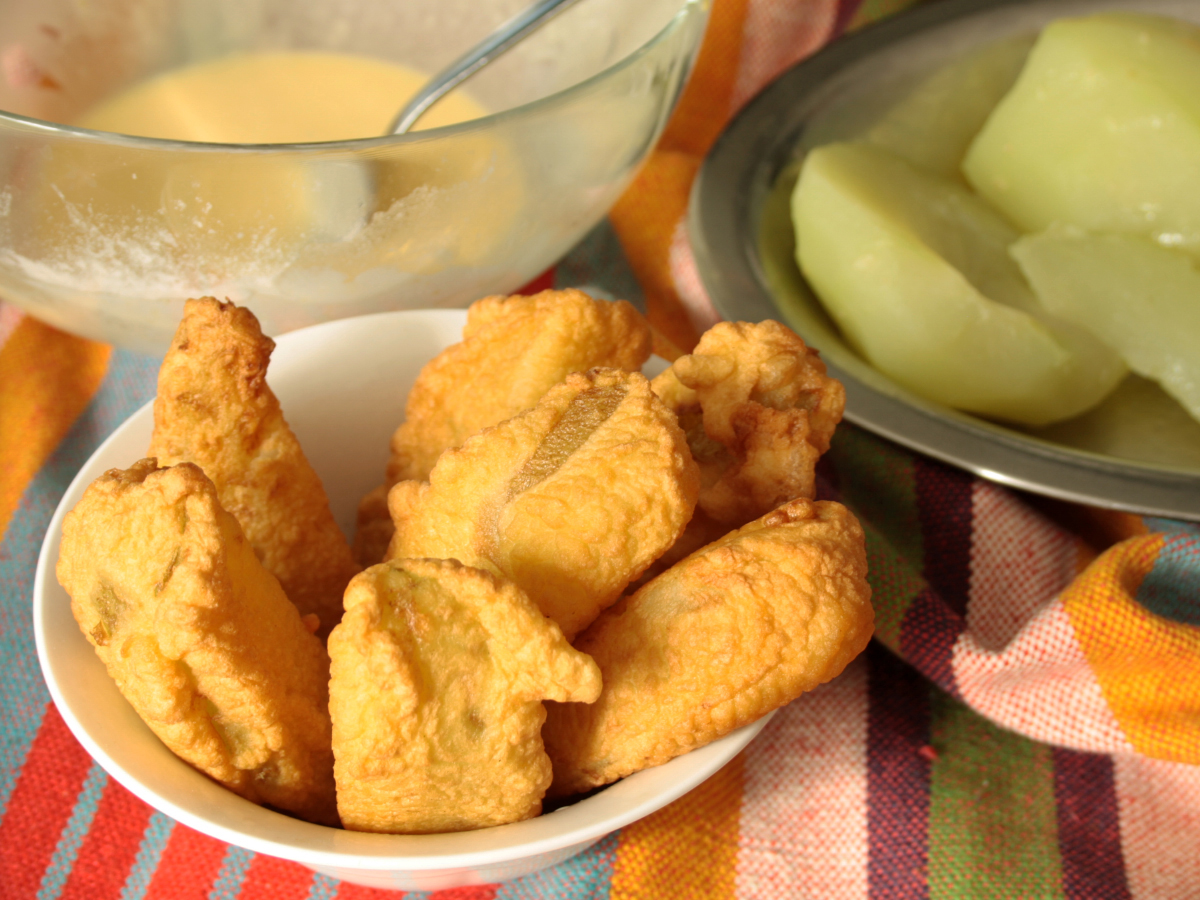 Chayote is a very common vegetable in Brazil, usually considered an ingredient “less noble”. Although, in addition to the new recipes there are countless “traditional” ways to prepare it, which completely contradict any kind of preconception about its delicate flavour.
Fried chayote are the most popular chayote recipes. Chayote must be cooked by boiling, then coated with egg and breadcrumbs or batter. The results will be a little different but equally good.
These recipes can be served as a finger food, appetizer or as a side dish.
I also invite you to try “Meat Stuffed Chayote” recipe.

Preparation method
How to cook chayote:
Peel, cut the chayotes in half lengthwise, remove and discard oval seed, under cold tap water (chayote exude a sticky liquid when peeled). Cook them in a pot of boiling salted water until tender. It takes 15-30 minutes. Drain and let cool.

For the batter:
In a bowl mix egg, salt and flour, add the milk a little at a time, stirring constantly, until you have a thick yogurt consistency. Slice each half chayote lengthwise into long strips and dip into the batter.

Deep-frying:
Deep fry in the hot oil until golden brown and crispy. To check the temperature put a toothpick into the oil: if bubbles start to form around the wood and float up, your oil is hot enough. Place them on paper towels to drain excess oil.