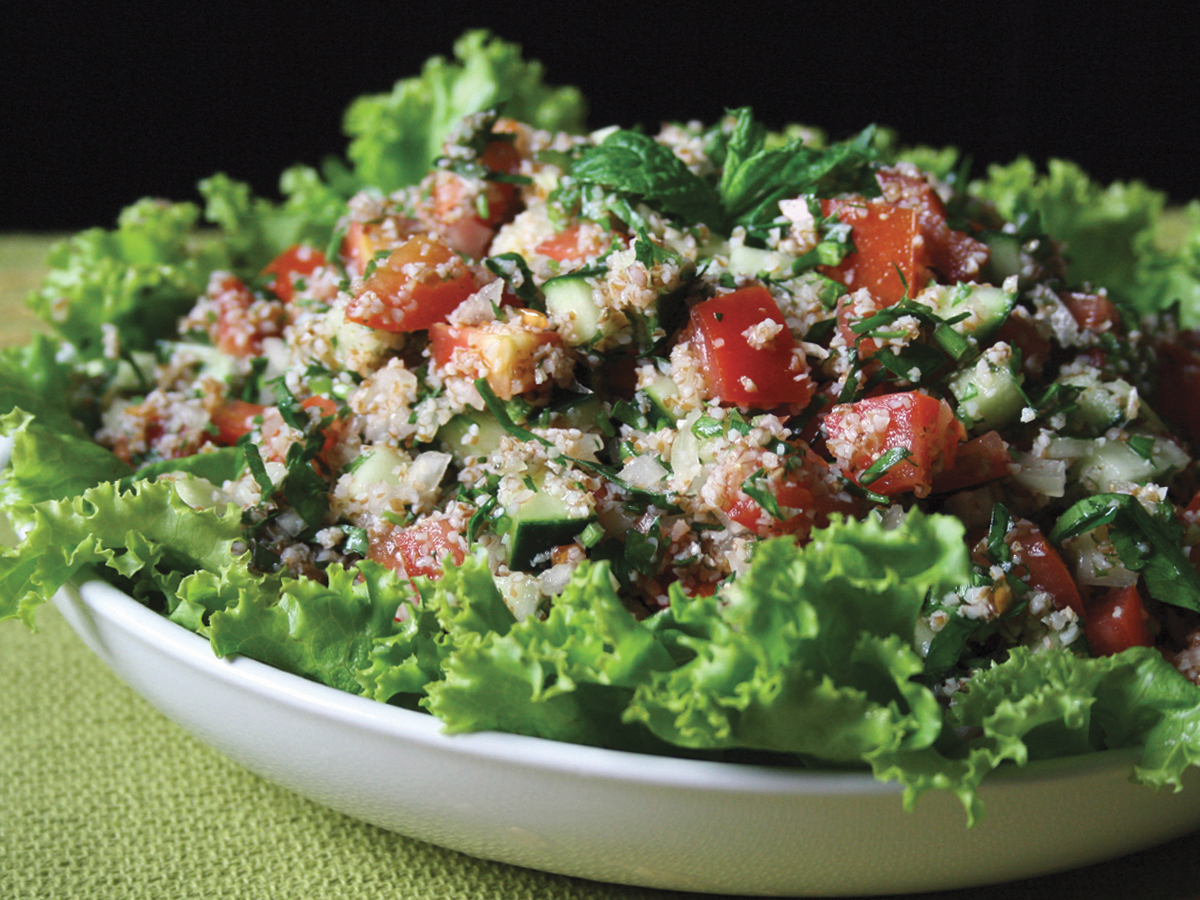 The Arabic food, its smells and its spices, arrived in Brazil in the 19th century with the Syrians and Lebanese immigrants. Food preparations like esfiha and quibe have become national Brazilian dishes. “Tabbouleh” is a light and healthy salad, traditionally served as a starter, but can also be served as a complete meal.

Preparation method
1. Wash and soak the burghul in cold water for 30 minutes.
2. Wash and dry parsley. Cut off the thick stems from the parsley and finely chop.
3. Wash, dry and finely chop the mint leaves.
4. Finely chop the onion and soak it in cold water. Green onions don’t need to be soaked.
5. Wash the tomatoes and cut them into small cubes. If you like, remove the tomatoes seeds.
6. Wash the cucumber. Cut off the ends and rub the sliced end against the cucumber, and wash away the white foam that comes out. Repeat on the other side. It’s a way to remove bitterness from cucumber. If you like, peel the cucumber. Cut it into cubes about the same size as the tomatoes.
7. Drain the burghul and squeeze the excess water out with your hands and place it in a large mixing bowl.
8. Combine all ingredients in the bowl (drain onion), season with salt, Syrian pepper, lemon and olive oil and mix well.
9. Serve on a bed of lettuce.