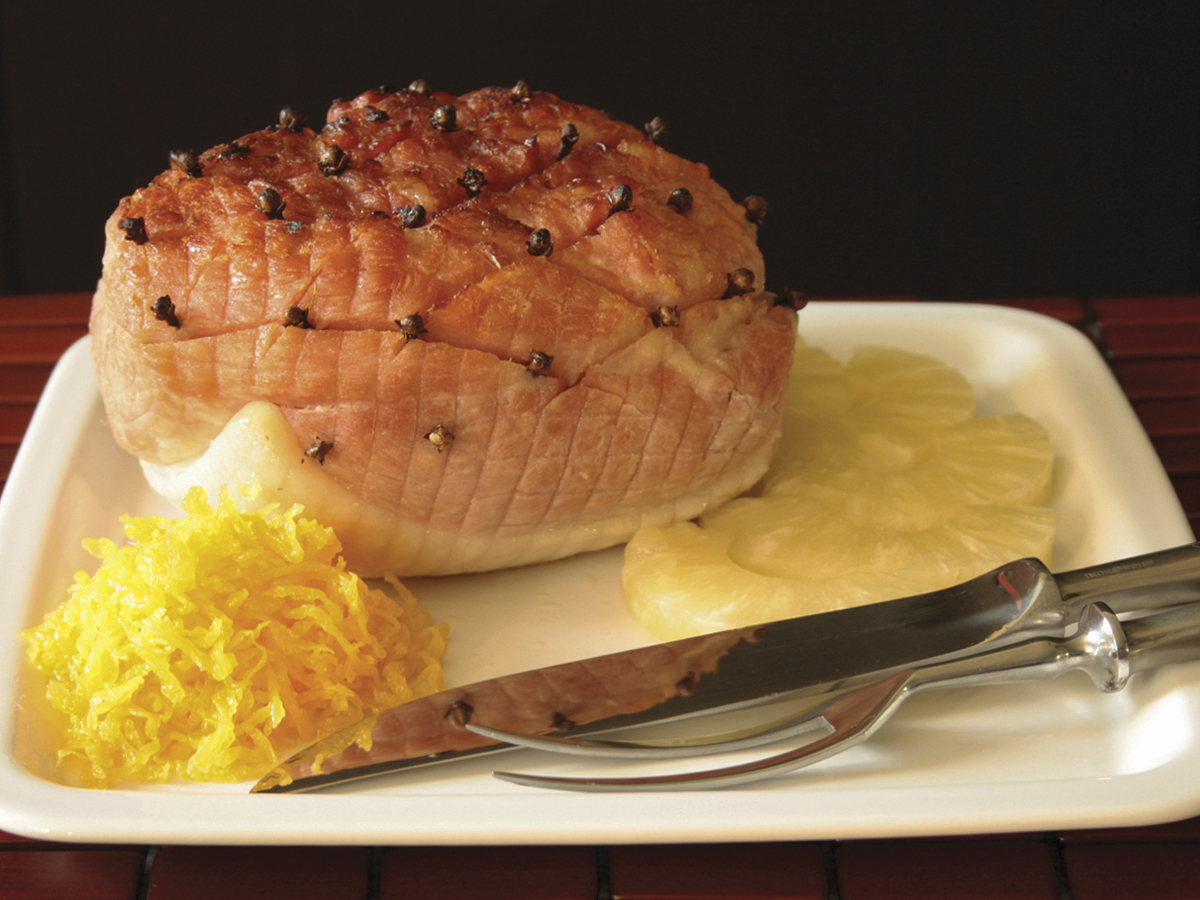 “Tender” is a small boneless fully cooked ham. It is traditional Christmas and New Year’s Eve recipe, especially in cities, where foreign influence is very strong. Spices, fresh and canned fruit are commonly used to flavour the ham, and the finishing touch is to score a criss-cross pattern on the top. The traditional accompaniments include party rice, “farofa”, roast potatoes, prunes wrapped in bacon and apple purée.
The cattle activity was introduced in Brazil during the 16th century. Brazil started exporting meat in 1914, after the birth of the Refrigerated Slaughterhouse Industry in the center and south region of the country. The first cold cut customers were Germans and Italians immigrants arrived in São Paulo and, the precooked ham was prepared for the first time exactly in São Paulo, in the middle of 20th century. In the package label there were the following information: “tender made”. The ham was much appreciated, became so popular and came to be known simply as “tender”. Today it is also produced the “turkey tender” – a smoked turkey breast.

Preparation method
1. Place the ham into a buttered baking dish.
2. With a sharp knife score a criss-cross pattern in the ham surface, but don’t cut all the way through. Insert the whole cloves at each intersection.
3. Add the wine and pineapple and/or orange juice and bake in a preheated hot oven for about 15 minutes.
4. Mix together honey and butter and brush the mixture over the ham.
5. Return to the oven and grill until golden brown.
6. Transfer the ham to a platter, garnish the platter with fruit, egg yolks threads or orange marmalade. You can warm the canned fruit up for a few minutes in the oven before serving.
7. Bring the whole ham to the table and carve it in front of your guests.
8. If you want, use a little flour to ticken the gravy and serve it in a gravy boat.